In 1879 Werner von Siemens demonstrated the first electric railway locomotive in Berlin. The first main-line locomotives in Germany were ordered just after the turn of the twentieth century and from that time on electric traction gradually increased in significance as electrification programmes started to connect up cities in several German states. Considering the various railway organisations one by one, the first part of this series starts from the very first locomotives, many of which were unsatisfactory, and concludes with those ordered around the time that the state railways were combined as the Deutsche Reichsbahn in 1920.

The series forms a useful English-language reference for enthusiasts. 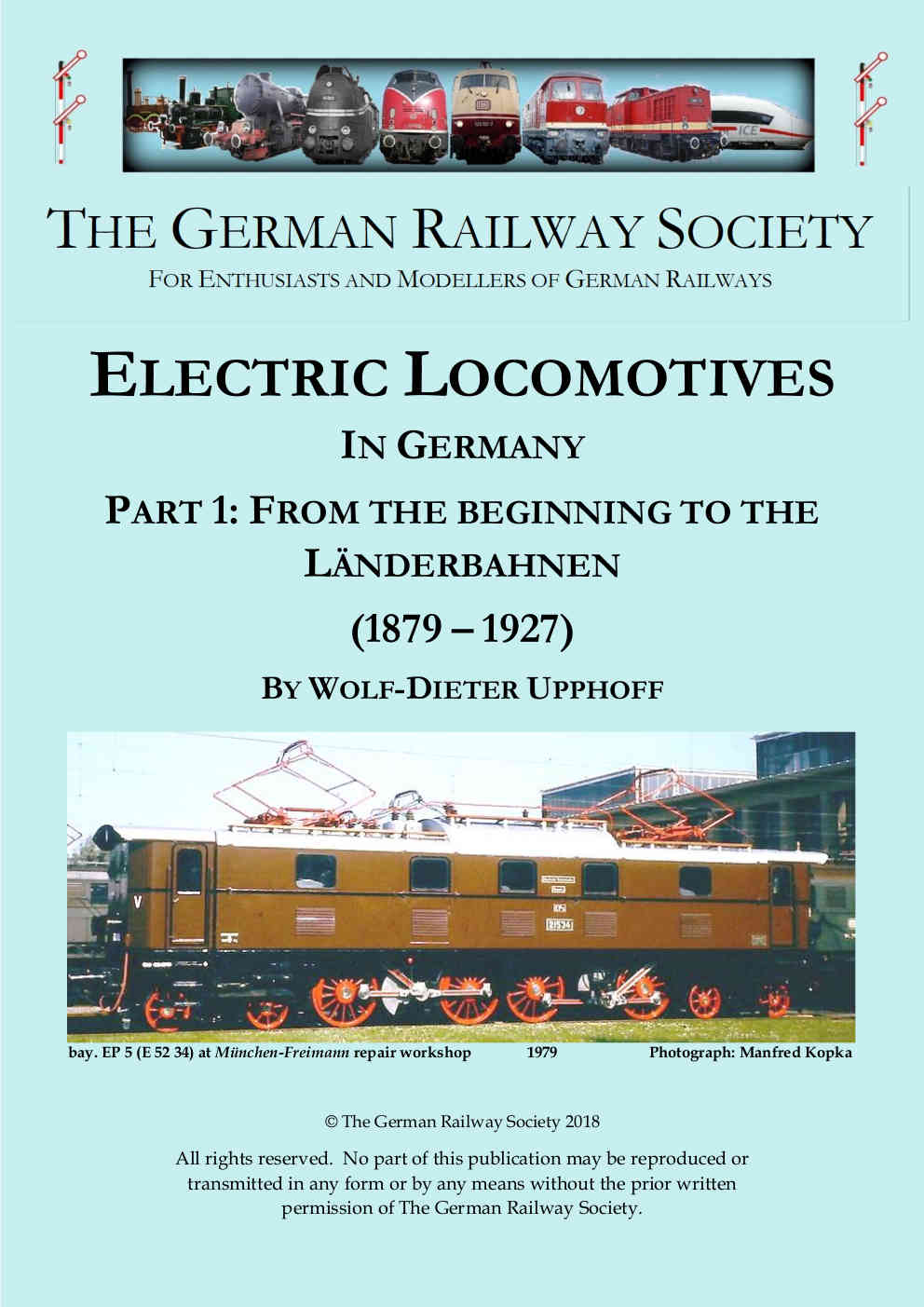