This 0-6-0 tank locomotive of 290 hp was adopted by the Prussian railway administration as a standard design. Hundreds were constructed from the 1880s to the 1900s. The locomotive was used on Germany’s state railways and also widely on light railways and industrial systems. It was exported as far as China. Several examples have been preserved in Germany and elsewhere. This booklet looks at the history and design of the T3, later to be designated class 89.7. It also covers some of the relatives of the Prussian T3. 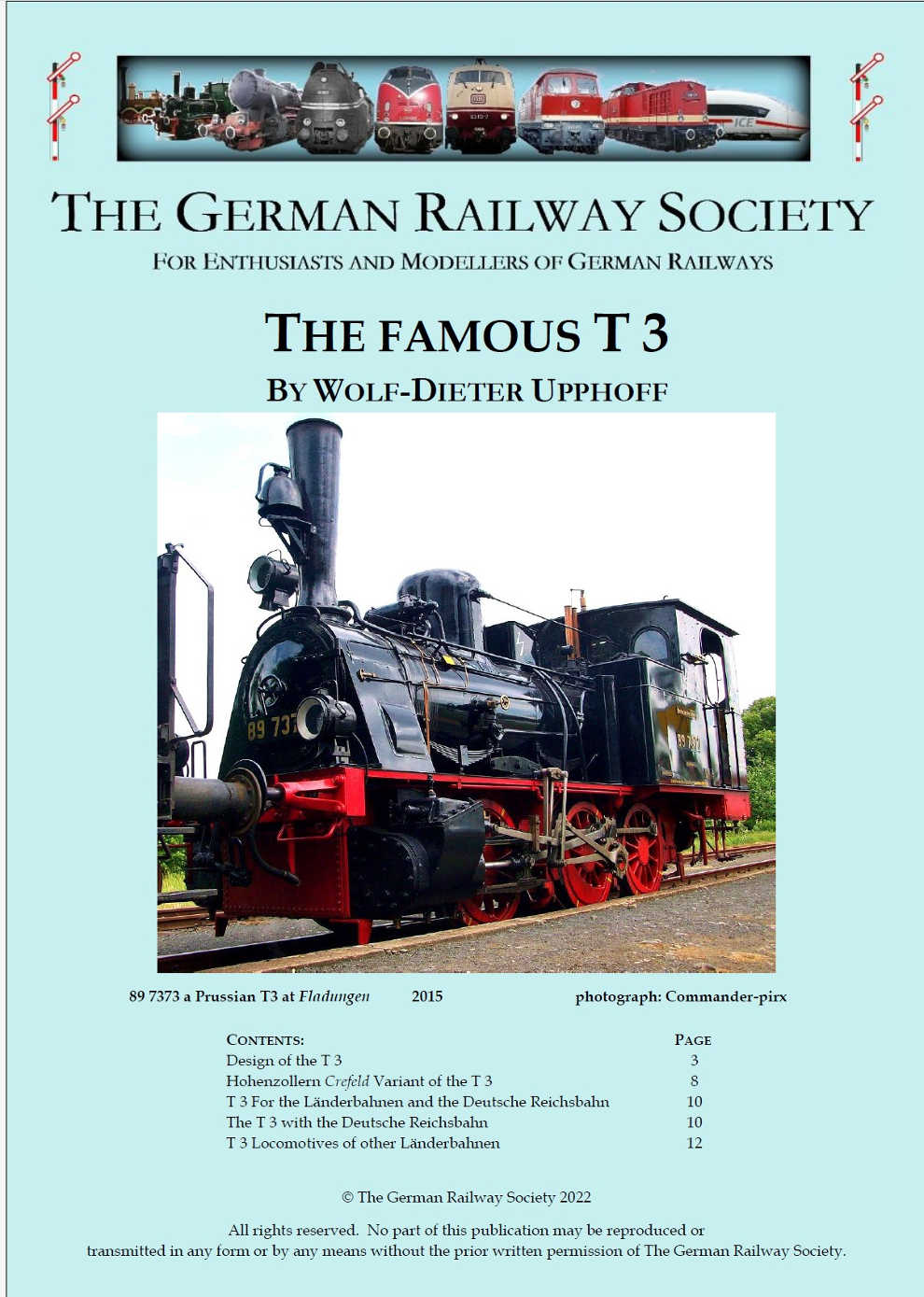