Alongside the more obvious Formsignale (semaphore signals) and Lichtsignale (colour light signals) that are used in German railway practice to regulate train movement and provide an indication to the driver of conditions ahead, a range of auxiliary signals soon developed. Though less showy, these are much more numerous. They included whistles and bell rings, as well as numerous lineside boards, subsidiary lights on signal masts, and more.

In time, efforts were made to standardise signals and to compile a national Signalbuch (as the official reference for signals became known). The first of these was produced in 1907. All signals received a number. In the 1930s the numbers were replaced with codes, and since then the codes have seen further change with the division and reunification of Germany and with the gradual changes in the nature of rail traffic.

This book collects the auxiliary signals together, probably for the first time in English and possibly in any language. It will be an indispensable help for those who take an interest in German railway signalling and it accompanies and enriches our range of guides on this important topic. It is the result of extensive research by the authors.

136 pages, extensively illustrated with drawings of each signal, explanatory diagrams and numerous prototype photographs. Epoch-by-epoch guide to the changing designations of many of the signals covered.

This publication forms part of our Signalling Guides series: 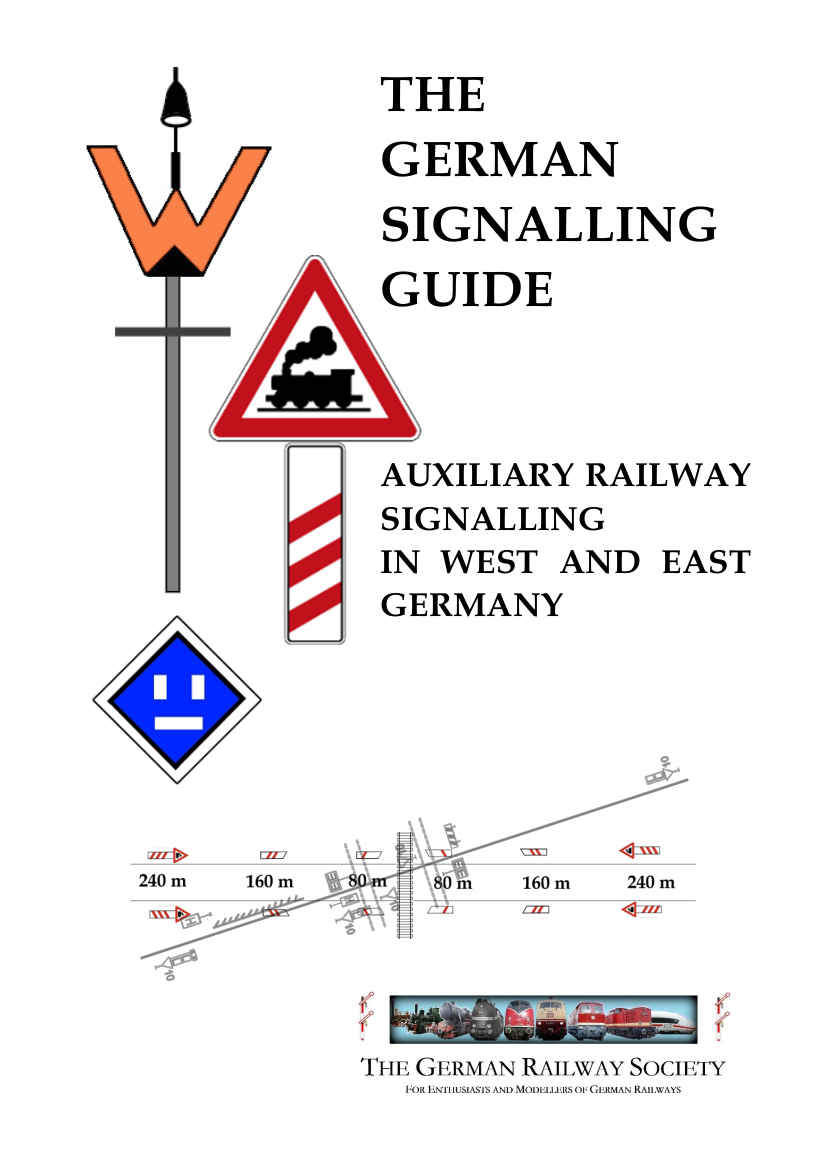