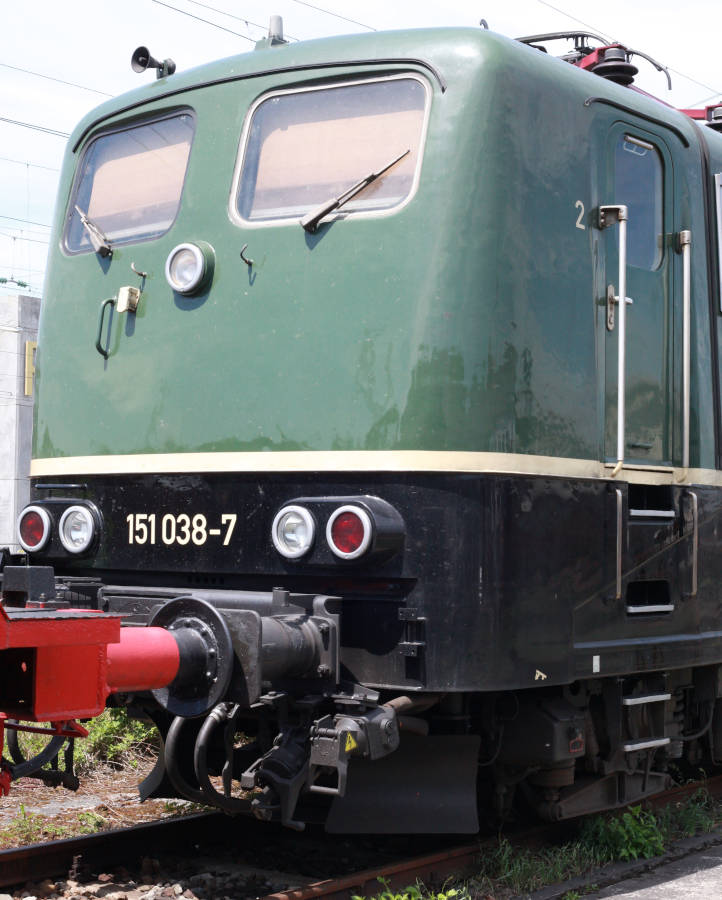 Electric Locomotives in Germany, part 3: locomotives of the DB, DR and DBAG (1945-2020) covers the period where Germany was divided into two halves with very different economic and social conditions. Electric railway locomotive design proceeded within railway administrations both East and West and left a rich legacy following reunification. Today the need for new locomotive design is met by private builders and an appendix covering the recent era lists these types in detail.

Illustrated with colour and black and white photographs, the three guides are a useful English-language introduction to the topic.

More details on the Electric Locomotives in Germany series

Photo: 151038-7, a heavy freight locomotive built by Krauss-Maffei and Siemens for Deutsche Bundesbahn in the early 1970s and now in service with the independent operator BayernBahn. Photographed in the Bayerisches Eisenbahnmuseum at Nördlingen in June 2019 by Ben Weiner